'THE LIES WILL HAUNT US' IS AVAILABLE NOW 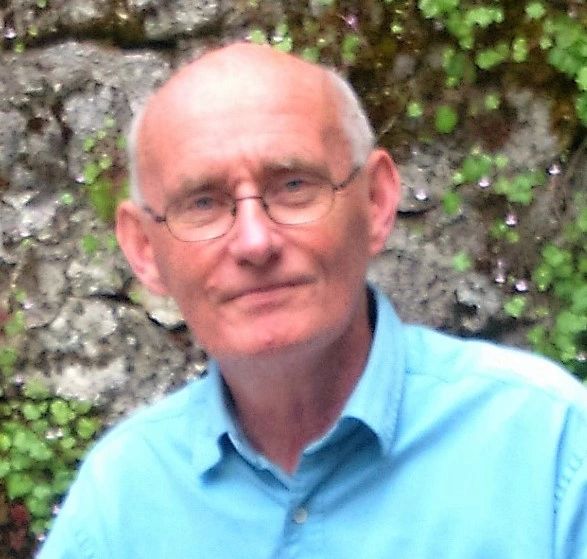 My name is Ursula White – but I’m not real.

I’m a character in a book, well in three, actually.

I first appeared in ‘Blackthorns of their own’, Rick Lee’s 8th book, but now he’s included me in two others.

The next one to be published is called ‘The lies will haunt us’, but  I prefer the original title ‘Away with the Fairies’. I think he’s now found a way of including that, so that’s good.

Not only am I not real, but I lived most of my earlier life thinking my name was Rachel Henderson.

It’s a long, weird story, but you need to go read the ‘Blackthorns’ book, and then the other books he’s written about my ‘mother’: ‘Daughter of the Rose’ and ‘Some Dance to Forget.’

‘Tell them only big lies’ is with the editor right now, so soon he’ll be getting it back with loads of corrections, mostly punctuation. I think he’s getting better, but still not a natural.

Can’t promise to be a very regular blogger, he’s not that consistent, easily distracted by other ideas. There’s another book on the way, up to five chapters already, but he’s not sure yet, keeps having to check out some ancient history stuff, well ‘early medieval’ he reminds me - his ‘period’, Richard the Lionheart.

It’s called ‘A Rain of Blood’, so I imagine that’s lots more bodies, which is after all his metier – so he tells me! Sex and violence! I tend to get entangled in more of the latter, I’m disappointed to say – although not so sure I want to be involved in what some the other characters get up to.

Ah well, if this is my one and only appearance, so be it, but hoping to talk to you all again sometime soon.

Ursula  (btw that's me on a beach, alone, as usual)

next book is with the editor!

THE LIES WILL HAUNT US

The first recorded death from Covid 19 in China.

Ex DI Mick Fletcher is at a funeral in Sussex, where he’s recruited into investigating the worrying intentions of the new government’s covert operations.

A desperate husband involves private investigator Ziggy Hook in his search for his missing wife.

Meanwhile an old lady goes missing from a care home in the Scottish Borders. Local DI Magda Steil investigates, whilst worrying about the homecoming of Tommy, her errant soldier brother, who has once again upset his superiors.

As the virus storm gathers momentum, a disparate group of people begin to congregate in the valley of the River Tweed, not immediately aware of their varied interconnecting activities.

But . . . will lockdown enable a high risk power grab?

Will Captain Tomasz Steil fall into a trap?

Can you trust a woman covered in tattoos?

. . . and does anyone still believe in fairies?

THE LIES WILL HAUNT US

Tommy stares out at the waves.

He always comes here when everything gets too much, which was often when he was a teenager, even before he had a licence, although he was driving tractors and Land Rovers since he could reach the pedals.

It’s trying to rain, but he’s walked down to where the noise and the ‘fret’ go some way to dousing his anger and despair.

He’s oblivious to the final surges soaking his shoes until he sees that his trouser bottoms are soaked as well. Ignoring the cold seeping up his legs, he walks through it for a few yards, before bending down and taking his shoes off, and the socks, and throws them into the surf.

He watches as they bob about. One shoe being taken off by the rip tide, the other left high and dry.

He waits, transfixed by its survival until the seventh wave comes to collect it and take it off to join its brother. His feet are tingling, but he laughs. An echo comes back from the nearby cliff.

He walks towards the rocks. Manages to get to the grass, the sharp edges and barnacles biting his soles and toes.

He stands watching the coming and going, the foam frothing up in the gullies, his left foot stinging like hell.

He looks down to see the blood.

Instantly back in the moment.

Freddie’s face smashed to bits, still trying to scream, until the blood fills his throat and he gurgles into a spasm and is still.

Tears come, but he furiously wipes them away.

Before he can turn, a black lab comes snuffling round him, licks at his bloody foot. He pushes it away.

A middle-aged woman calls the dog.

The dog copies its name and gallops towards her. She stops and looks at the stranger.

He stares back in her direction, but his eyes are looking somewhere else.

She frowns. Sees he doesn’t have any shoes. Jumps to a conclusion. Face goes white.

‘Er . . . are you alright?’ she asks, taking a couple of steps towards him, whilst glancing off to see where the dog has gone. He’s dashed off, of course.

The man isn’t moving, just staring . . . beyond her, not anywhere here. She hesitates, sees the dog coming back. The man focuses on her. Looks confused. She steps towards him.

Half an hour later, he’s sitting in her kitchen, foot bandaged, drinking tea.

He hasn’t said much.

The woman, Nina, who is a retired teacher, has done her first aid, but not asked any questions as yet, hearing her father’s calm voice telling her to be careful – ‘you don’t know where he’s been’ etcetera.

Now he seems to be coming round. Starting to take in his surroundings, wiping his tear stained face. Looking at the grandad slippers on his feet. The bandage. Red stain.

He looks up at her. Who is she? Where is he? His eyes meet hers.

‘You might need some stitches in that foot,’ she says.

He nods, but shrugs.

He stares at her. Good question? The car?

She makes a face.

‘If you’ve got the money, your choice.’

He looks at his foot.

Later, in a pair of her husband’s old walking boots, fortunately a size bigger, he manages to hobble from her car to his own.

Wincing, he manages to start the engine and reassures the woman he’ll be alright, as it’s an automatic and he only needs his good foot. He promises to give her a call when he gets home and will go to a doctor as soon as possible. She’s not convinced, but what else can she do?

It’s only as she’s washing up, that she finds herself crying, her face creasing into an angry scream. When it’s gone, she finds the card on the table. Goes into the study. Her husband’s room. Everything neat and tidy as he left it.

The silence is dead.

Shaking herself she finds the right map and takes it back into the kitchen. Opens it up and spreads it wide. They’ve driven this route many times, generally heading for Dawyck Gardens, the other side of Peebles, but his address isn’t that far.

He said it was before Walkerburn?

Ah, there it is. High on the hillside looking south.

She sits and looks out the window.